Ah yes! Life in the kitchen in one of the hottest July’s on record at The Captain’s Shack (The Shack). But so much fun to make and serve. Some of these dishes are “eye candy”, too. Some have recipes; Some don’t. (If you want a recipe, just let me know. I’ll see what I can do.) As with most photos on this blog, Left Click them and see them enlarged. Enjoy these photos and if you make any of the recipes, let us know how you liked them. Thanks and Cheers!

Fruity and sweet with a moderately spicy component. Great with seafood. 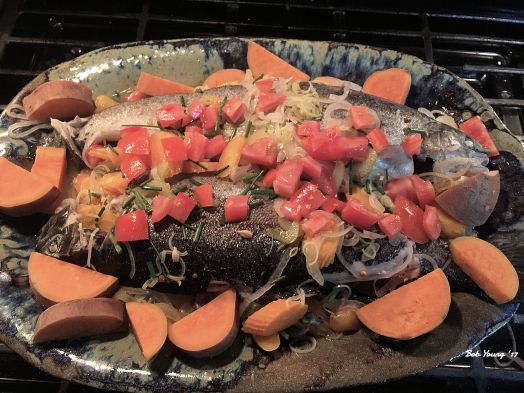 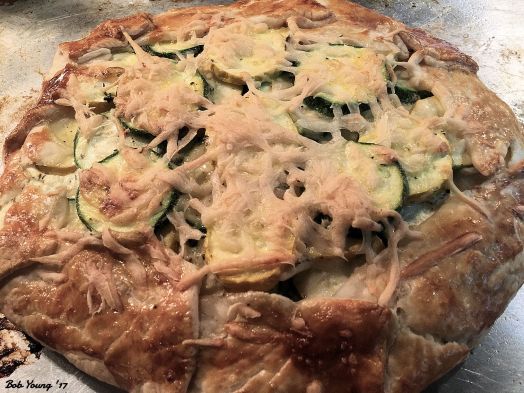 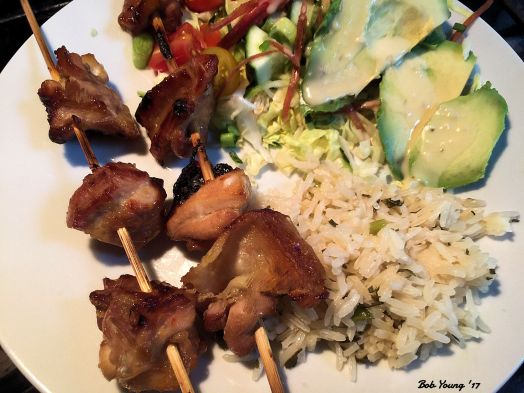 We modified the Yakitori sauce somewhat and have our own Teriyaki sauce that we use. Here are the recipes: Sauce Recipes.

And if you are interested, here are some of the main sauces we use. Enjoy. 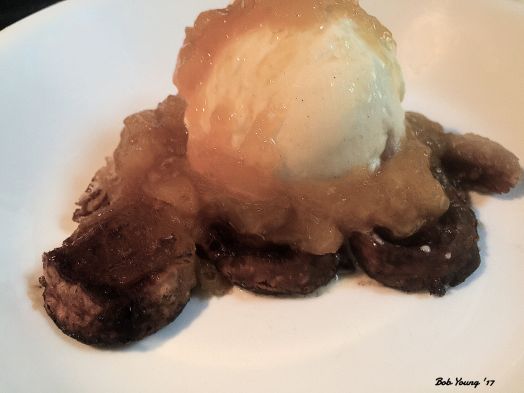 Love the beaming smile she has in this photo! After she got home from the hospital, I had to change the meal plans, somewhat. Watch the sugars, not totally eliminate them. Keep the carbs to 60 or so a day, which is not hard to do. Keep the calorie count to a max of 2000 per day. That’s harder, but not impossible. Here are some of the dishes I came up with. Enjoy! All made from scratch with mostly local products from the Boise Farmers Market – eggs, sausage, Acme Bake Shop Breads, Fruit, Salsa, Pico de Gallo. We’ll start with breakfast. 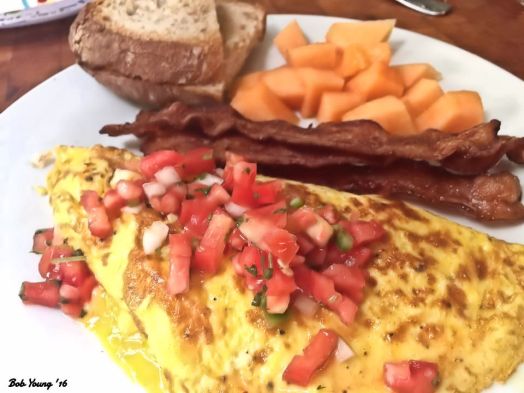 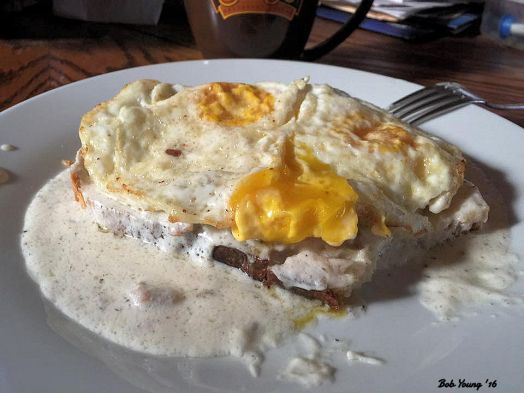 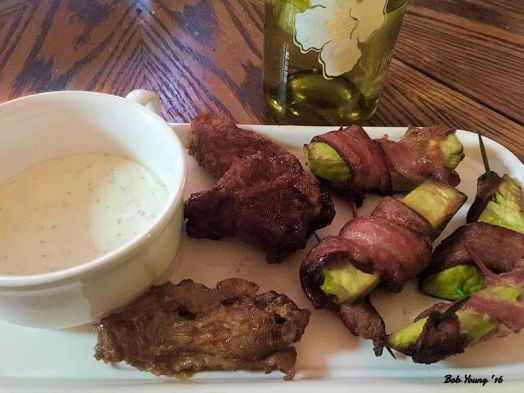 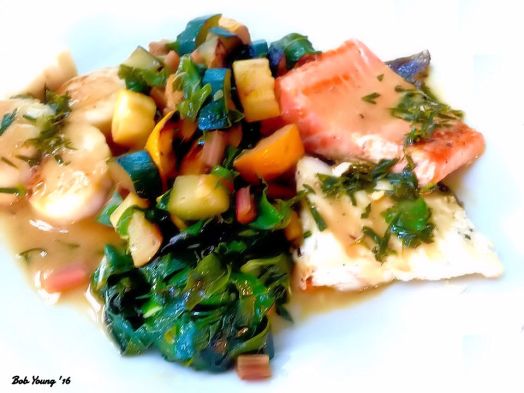 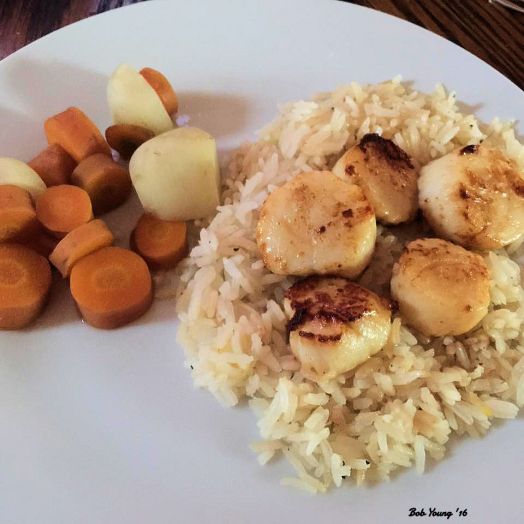 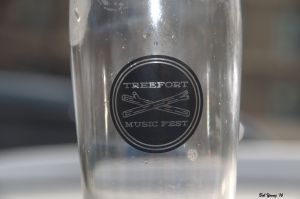 Well I did go this year. The first time since the first one that was held 4 years ago in 2012. What drew me this year? Janie Burns and probably the fact that the organizers added Idaho food products, thus Foodfort!

The Treefort Music Fest is a five-day, indie rock festival which is held at numerous venues throughout downtown Boise, Idaho in late March.The 2014 festival took place March 20–23 with the featured acts Built to Spill, The Joy Formidable, and Poliça; the 2015 festival, scheduled March 25–29, featured TV On The Radio, Trampled By Turtles, and Emily Wells, and locals Built to Spill and Josh Ritter. Treefort has been called “the west’s best SXSW alternative” and “Boise’s preeminent artistic, cultural and musical happening” which has “morphed from quirky music festival to consuming community event.” It has also been characterized as having become a “nationally renowned gathering just by maintaining its personable close-knit vibe” and a “music lover’s joyous mayhem” which showcases the soul of Boise. [Wikipedia]

Here’s some of the venue – Beer, Food and Entertainment.

It was very full and busy.

They were very good! 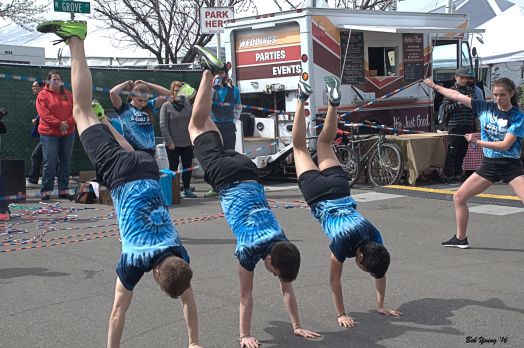 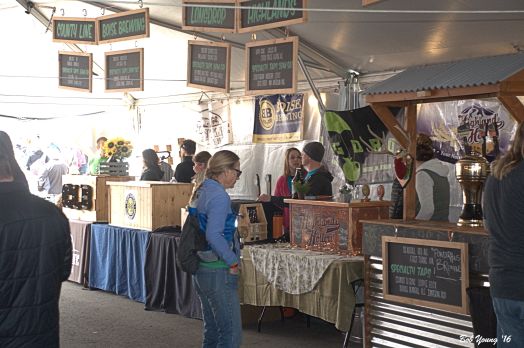 There were many local and Idaho breweries represented. Some very good micro breweries and nano breweries. 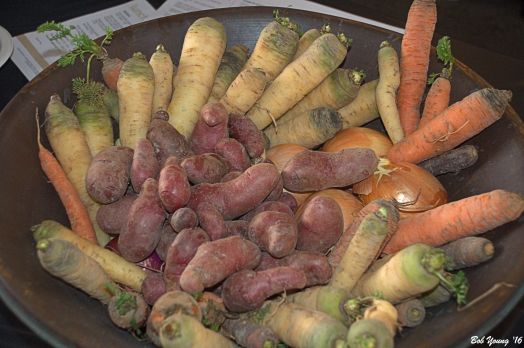 He uses local rainbow carrots in some of his dishes. 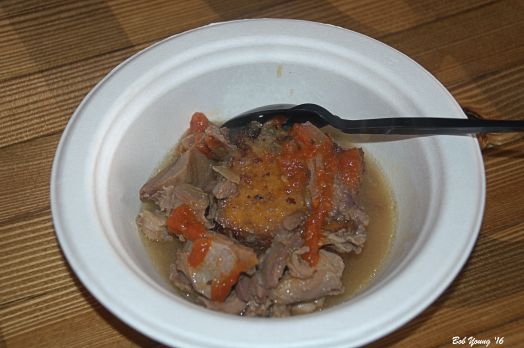 He made, for public consumption and enjoyment, Duck with Polenta and Tomato. It was superb! 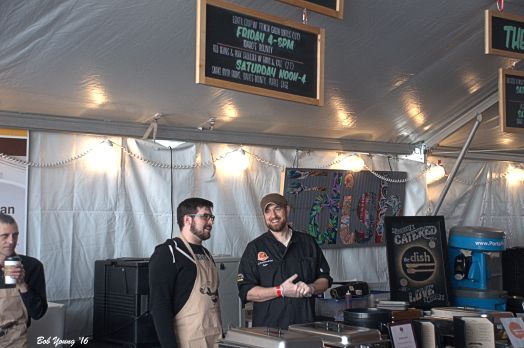 The folks from Juniper were there also. 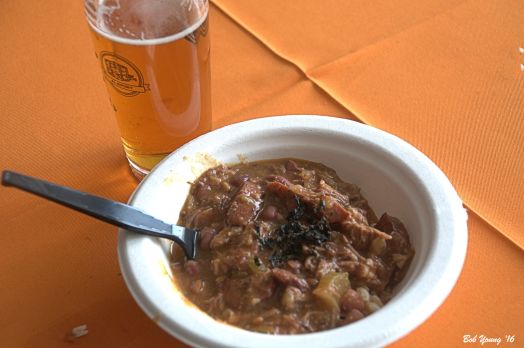 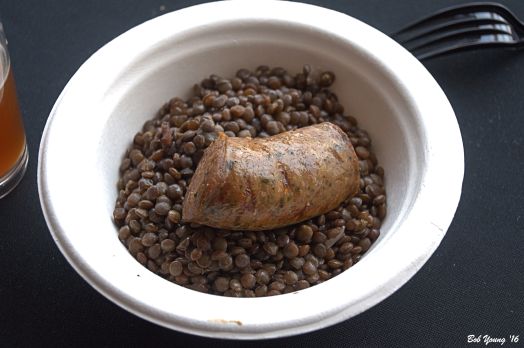 The Modern Hotel supplied us with a delicious Sausage and Lentil dish.

I heard the Michael from Acme Bakeshop was working on a new bread and had samples. I did not see him. But maybe next week when the Boise Farmers Market opens for the season. Find them from 9am to 1pm at 10th and Grove in Boise.

Well, tomorrow at this time who knows where I’ll be. Open heart surgery to start at 0530. Do people actually move around at that hour? But I am so thankful for Marnie, Mac, Carlynne – Robin’s sister who came to help all the way from Delaware – Chris and my Super RN’s who are always in my thoughts – Robin, Roli and Cristi. They will hold my hand as will my sister Peggy and my brother Alex, although they will be long distance.
But one must eat first. Carlynne took us all out for pizza last night at Flying Pie Pizza and it was super, although I think the service is really getting slooooooow. The pizza is still great; The service is not. Thanks Carlynne for this treat. I also came across this chart which helps to figure out recipes if you must change the size and servings. A conversion chart of sorts. Enjoy and I will see you all in about a week. Cheers! Left-Click any of these photos to see them enlarged. 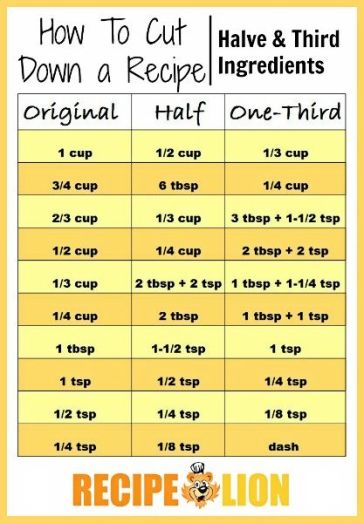 AirBnB in Marsing, Idaho in the Heart of the Snake River AVA, Idaho Wine Country

"I am happy to share simple and delicious Indian and International recipes with you. I am a food loving person and love experimenting with different flavors and spices. The recipes are from my personal experience - the food I have tasted, what I have seen and learned, and of course, my family's favorite dishes. "

Some really unique and good Indian recipes. "I belong to the city of nawabs ‘Lucknow’. This city is famous for its culture,textiles and above all its lip-smacking aromatic ' Awadhi Food ' which includes both vegetarian and non-vegetarian delicacies. Awadhi/Lucknawi food has a complete History of its own . "