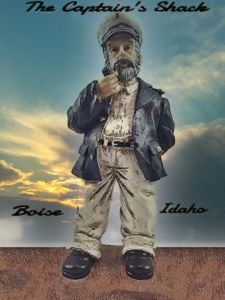 I love it when I hear of a new food item. New to me, at least. Hamantash Cookies is just that. Thanks to my friend Joe Levitch for mentioning them. An so I search.
Hamantash cookies are associated with the Jewish Festival Purim. The Purim cookie is, “… all associated with the Purim story involving a bad guy name Haman, a Jewish lady named Esther, and her victory over his plot to destroy the Jewish People. The cookie is shaped to resemble the three corners of Haman’s hat. Purim is the name of the festival and both Hamantaschen and Oznei Haman are derived from his name.” [Veenaazmanov] 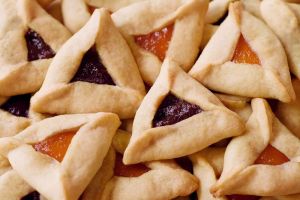 And from the NY Times, “Early versions of the cookies were more commonly known as oznei Haman, meaning “Haman’s ears.” The late Jewish food historian Gil Marks’ Encyclopedia of Jewish Food traces that phrase — but not the cookie — to the Roman scholar and poet Immanuel ben Solomon (c.1261-1328) who, thanks to “a misinterpretation arising from the medieval Italian custom of cutting off a criminal’s ear before execution,” argued that Haman’s ears had been cut off after he was hanged, at the end of the Purim story.”
And Purim is, “Purim is one of the most fun holidays celebrated by the Jewish people, but is often under recognized. Purim (held on the 14th day of the Hebrew month of Adar — usually March or April) commemorates the day Esther, Queen of Persia, saved the Jewish people from execution by Haman, the advisor to the Persian king.” Purim this year is March 10, 2020.
Here is a recipe for the cookies. It looks like there are many. Enjoy! Hamantash Cookies

AirBnB in Marsing, Idaho in the Heart of the Snake River AVA, Idaho Wine Country

"I am happy to share simple and delicious Indian and International recipes with you. I am a food loving person and love experimenting with different flavors and spices. The recipes are from my personal experience - the food I have tasted, what I have seen and learned, and of course, my family's favorite dishes. "

Some really unique and good Indian recipes. "I belong to the city of nawabs ‘Lucknow’. This city is famous for its culture,textiles and above all its lip-smacking aromatic ' Awadhi Food ' which includes both vegetarian and non-vegetarian delicacies. Awadhi/Lucknawi food has a complete History of its own . "