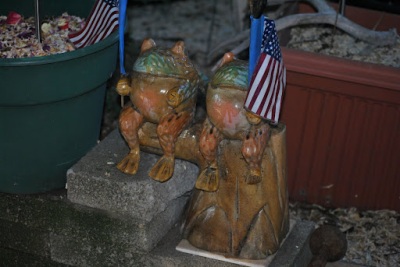 A super day! We started out by attending the parade in Boise. Then we ate some awesome food and finished off the night at the Buzz Coffee and Wine for a buffet, wine, beer and a fireworks show. Makes for a long day, but a fun day. Thank-You everyone who made this such a wonderful day and party for us, Marnie, Mac, Sophia, Chris and Margaret. Here’s our day in photos. The Frogs even are waving their flag! Enjoy!

And then there is See No Evil, Hear No Evil and Speak No Evil! 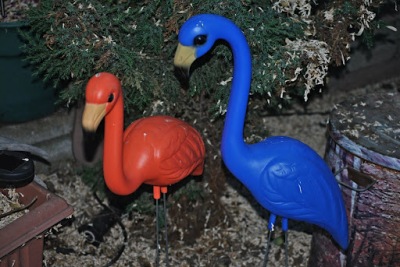 And the BSU Flamingos! 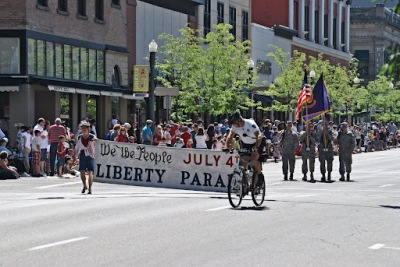 But before we can eat, we must watch the parade. It was a good parade, but I just wish that there would be more music – bands: the BSU Marching Thunder, Boise High Band and several other school bands in the area. I missed them.

The bagpipes. Such a joy!

Even the Hari Krishna’s were represented. 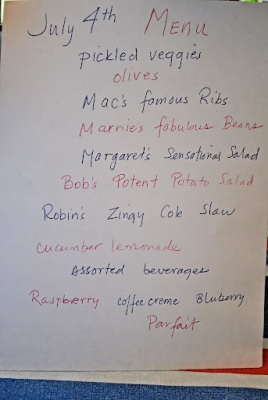 I rode my bike down to the parade and worked up a good appetite. Here is the menu! And below is the dinner. Yum-O!! 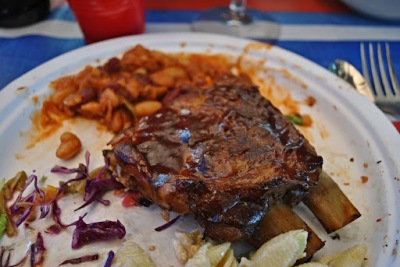 Mac’s Ribs and Bob’s Baked Beans, modified from a recipe that Marnie gave me. 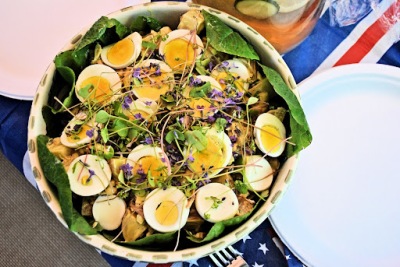 Then after dinner and watching the National July 4th Celebration from Washington, DC, we went to the Buzz Coffee and Wine for a buffet and to watch the fireworks here in Boise. A great buffet and great fireworks. Here are some photos of the show. Thanks Cristi and Tommy for opening the Buzz for this! Remember to Left-Click for a larger view. Love this Idaho sunset photo. 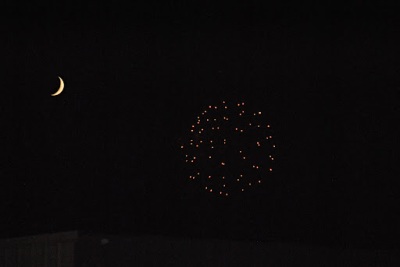 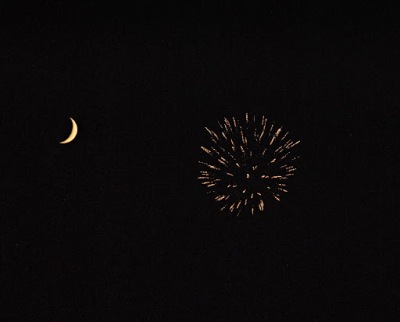 A long, but a great day. The company was great as was the food. And the weather could not have been any better, 94 degrees F, 34% humidity and winds 9 mph. Cheers!